Further education is vital to the social, economic and environmental health of the nation. Our eight partner colleges reflect the diversity and vibrancy of the sector. 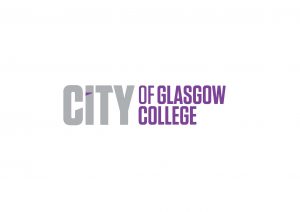 City of Glasgow College is a further education college in Glasgow, Scotland. The new college was created from the merger of three Glasgow colleges, Central College, Glasgow Metropolitan College and Glasgow College of Nautical Studies. The colleges agreed to merge in March 2009 and signed up to a merger Road Map in September 2009. The new college officially launched on 15 November 2010.

Dundee and Angus College is a further education college in the Tayside region of Scotland. It was created on 1 November 2013 as a merger of Angus College and Dundee College. It is the only college in Dundee, and, with approximately 23,000 enrolments, is one of the largest in the country.

South & City College Birmingham is an establishment of further education in Birmingham, England. Providing full-time and part-time courses. It was previously known as South Birmingham College.

The TEC Partnership is one of England’s largest providers of
further and higher education.

With a rich history of developing innovative training and education solutions for the community, the Partnership comprises of the Grimsby Institute, University Centre Grimsby,
Scarborough TEC formerly known as Yorkshire Coast College,
Skegness TEC formerly known as Lincolnshire Regional
College, The Academy Grimsby, which offers an alternative
educational route for gifted 14-16 year olds, and Career 6 – the
next generation of sixth form focusing on career paths. 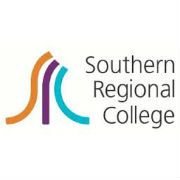 The Southern Regional College is a further and higher education college in the southern area of Northern Ireland in the United Kingdom. The Southern Regional College was formed on 1 August 2007 when three further education colleges merged to become the SRC. The new SRC comprises the former FE colleges at Armagh, Newry and Upper Bann. There are a total of six campuses across the geographical region and the college incorporates two council districts.

The South West College operates in Northern Ireland on four campuses in Cookstown, Dungannon, Enniskillen and Omagh and, of the six new area based colleges, it is the smallest in size, but it covers the largest geographical area of counties Tyrone and Fermanagh.

Cardiff and Vale College was formed in September 2011 by the merger of Barry College and Coleg Glan Hafren. The merger was a result of the Welsh Assembly Government encouraging colleges in Wales to collaborate so that it could maximise benefits for students. Cardiff and Vale College (or Coleg Caerdydd a’r Fro) is now one of the largest colleges in Wales.

Grŵp Llandrillo is part of an umbrella organisation which oversees the operation of the three member colleges: Coleg Llandrillo, Coleg Menai and Coleg Meirion-Dwyfor. It began its first day of operation on Monday, 2 April 2012. It is Wales’s largest Further Education Institution and one of the largest  FE college groups in the UK. It employs 2,000 staff
and delivers courses to around 34,000 students across
four counties in campuses from Denbigh to Dolgellau,
as well as business and research facilities.